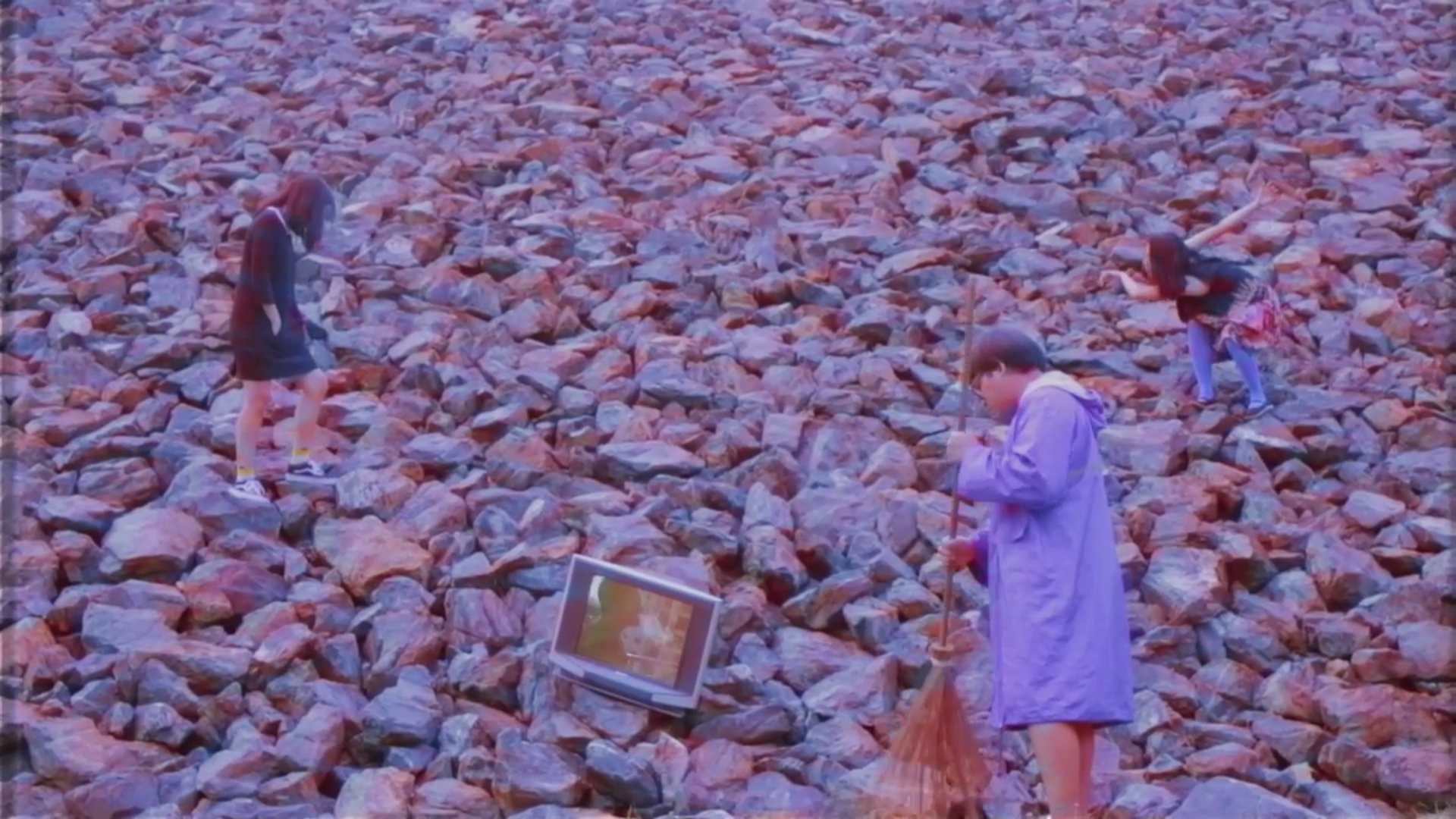 Electronica musician Dae Kim is a fun dude, but he’s quite susceptible to sappy tendencies as well, just take his debut album </3? for instance. Now, one of the most notable tracks on the album, ‘Baby Blue‘, along with the shortened version of instrumental ambient track ‘Fireworks in the Middle of Summer’, have soundtracked Dae’s first ever music video. It’s a purple-hued abstraction styled in VHS filter where we first see the musician sweeping a pile of gravel with a broom before it leads to different scenes of him participating in the recent Bersih 4.0 rally, then one of the girls in the background causes some destruction to Dae’s </3? CDs and a television set while the second girl dances interpretatively like an ephemeral being. By the three-minute mark, ‘Baby Blue’ shapeshifts into ‘Fireworks in the Middle of Summer’ for a short while where the physical media-averse girl maims a doll (a Dae effigy, maybe?) before the video concludes. Based on the image above, we’re guessing he is cleaning up the mess of his breakup? We can’t say for sure, it’s all very non sequitur much like the aesthetics of shows like The Eric Andre Show and Tim & Eric, which director HAVERHUCK VHS (aka HQA of The Rebel Scum) might be influenced by.

Watch the wonderful weirdness below: