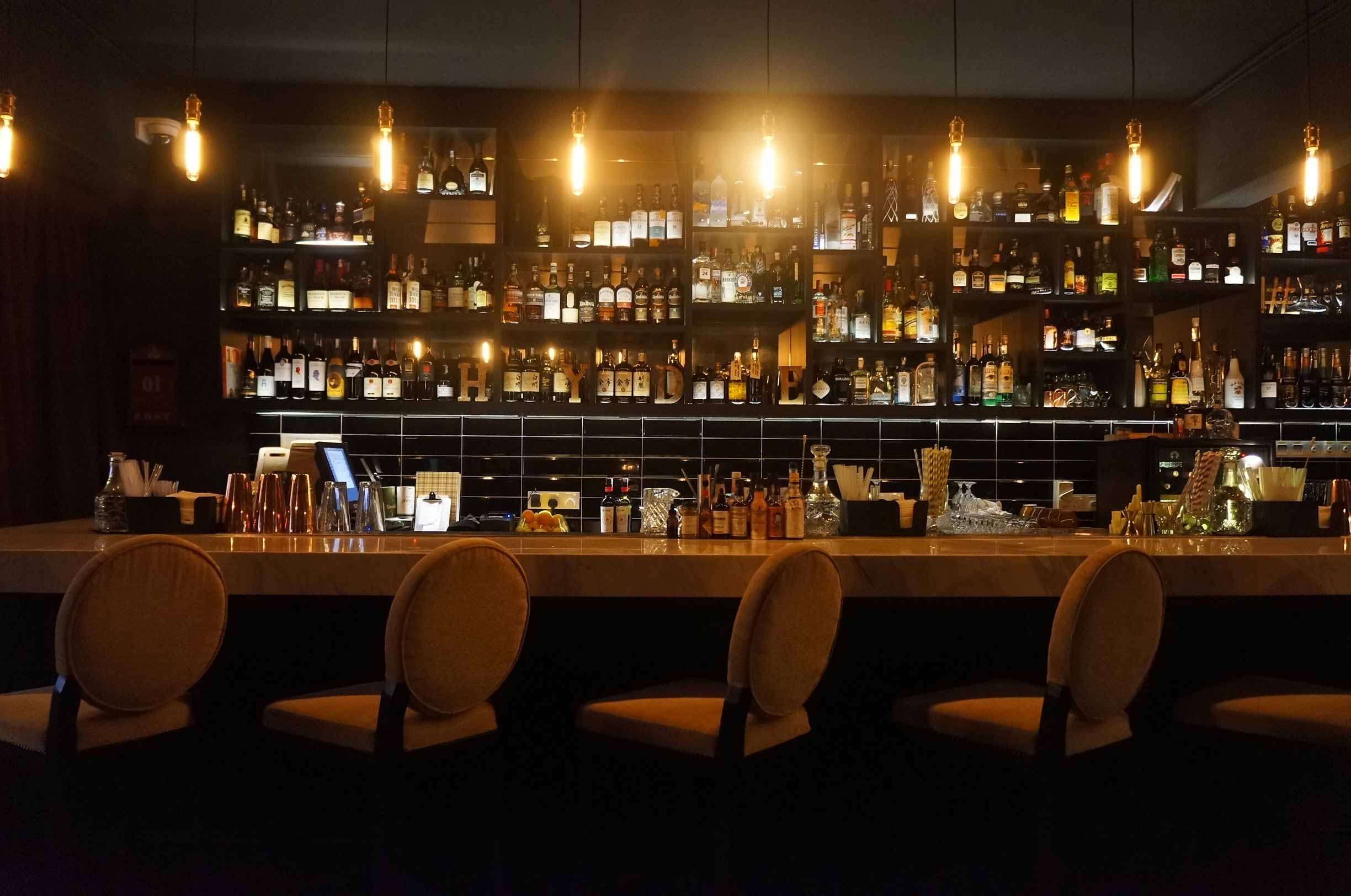 A Game of Hide and Seek
“If he be Mr. Hyde, I shall be Mr. Seek!” Scottish author Robert Louis Stevenson wrote with wit in the ever celebrated 1886 novel Strange Case of Dr Jekyll and Mr Hyde; and it’s based off this split personality that HYDE at 53M is founded, whereby customers are even required to play a quick game of hide and seek to get themselves into this speakeasy bar — guests have to acquire a secret contact number of the hostess in charge from The Good Batch Cafe downstairs, HYDE’s very own “Mr Jekyll” (although based on our personal experience, you don’t really need to do such to enter).

HYDE is greatly inspired by the speakeasy establishments from New York’s 1920s Prohibition Era, a time when bootlegged alcohol beverages were illegal in the States and secret bars were located in somewhat undisclosed locations shared only by word of mouth, serving alcohol beverages “silently” amidst an intimate ambience. Now, we’re not saying that HYDE serves unlicensed alcohol on their premises – oh boy, we sure hope not! But HYDE does practise more the speakeasy culture of concealment and confidentiality, which in return, makes every visit to their bar a more privileged one as it’s not open entirely for walk-ins. And also, you have to sort of work your way to get into the bar, albeit just calling up a number for another private number.

Inside this hidden gem, you’d find yourself transported to another world altogether, making “hiding” from the present world all the more possible. The hit television series Mad Men is another prime muse behind HYDE, in terms of its swanky setting of rosewood finishing, sleek leather lounges, and brass decor, complemented with a continuous playback of old classics that remind you of the simpler days of black-and-white noir films.

In speaking of the drinks served at HYDE, the brainchild behind the many cocktail recipes is one of the co-founders of HYDE, as well as The Good Batch Cafe downstairs, Andrew Tan, who has been behind the bar himself in his younger days as a bartender. His menu consists of classics mostly, with one or two concocted with an added unique identity of its own, all of which play off the decadence of the ambience at HYDE. Every fortnight, expect a change of artisanal cocktail selections on the menu, served to the first class seats at the fully marbled bar top, with friendly bartenders tending to you, ready to make your acquaintances.

And if you’re lucky, you just might bump into Andrew himself at HYDE. Grease him up with a drink or two, and who knows, he might just loosen his tongue and share with you some of his personal secrets to the perfect cocktail.